I will admit it – I love television!  I probably only watch an hour or so during the week, but it is my guilty pleasure.  I watch some with my husband and some with the whole family, but today we will strictly be talking about “my” shows!

We still have cable – I guess you would call it that.  We have AT&T Uverse and AT&T is our WIFI and cellular service as well so we have it bundled.  We also have Netflix and Amazon Instant Video – because it comes with our Prime membership.

I watch very little “live” t.v.  My favorite invention of the recent past is the DVR function.  I love it so much I can’t even tell you.  I have friends who don’t know how to work theirs and to that I want to scream “drop everything and learn now because it is life changing!” That, and the ability to pause a live show is just the bee’s knees to me.  I have all of my current shows set to “series recording” which means that every time it is on it records it.  This is great because I can’t remember which night which show is on and I don’t have to because of this function.

My favorite channel is Bravo!  This would be reason enough for me to pay for a cable subscription.  Not only do I watch many Bravo shows, but I listen to a hilarious podcast that recaps and makes fun of these shows – “Watch What Crappens”.  This has made all of the kid driving and fetching more fun.  I don’t listen to it with my kids in the car- only when I am on my way to get them or after dropping them off.  It does have foul language. 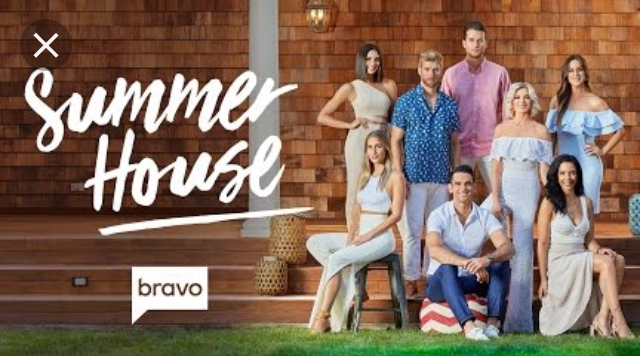 Real Housewives of New York City – same but in NYC – I like this group of housewives the best of all the groups!

Don’t be Tardy – the family of  Kim from Real Housewives of Atlanta.  She is married to a former NFL player and they have 6 kids, two of whom are twins.  Their young kids speak Spanish!

Very Cavallari – If you watched Laguna Beach and The Hills on MTV years ago, this is Kristin and her current life in Nashville and her company Uncommon James.  She chooses not to put her kids on camera which I respect.  Her husband is Jay Cutler.

What are your current favorite shows?  Do you watch live t.v., cable, Netflix, Hulu, Amazon Instant?  It’s a bit overwhelming, isn’t it?