Something pretty crazy and cool happened to me this past Monday.

Apparently there are lots of movies being made in my city and state due to it being a desirable place in regards to tax breaks?  About two weeks ago, I filled out an online form for my theater son and me to be extras in a movie.  I said I was available on Sunday.  Well, this past Sunday I got an email asking if I would be available Monday and sadly, I had to say that I wasn’t available until after school. But, my son had a four hour rehearsal and wasn’t available.

So, they told me I could come after school and they told me what to wear – winter clothing that looked fairly nice and not to wear black, red, white, or anything busy and to bring two changes of clothing.  Hello –  that is basically my wardrobe.  So, I found a few things and went down to the location after school.

They were doing all of the staging at a hotel across the street from the shoot.

The shoot was at a custom bakery that I assume they had rented out.  They must have also hired them to bake cookies.

I was picked to be one of six people to sit at tables and pretend to eat cookies – well, we could actually eat them.  And, I had to pretend to drink coffee from an empty cup! 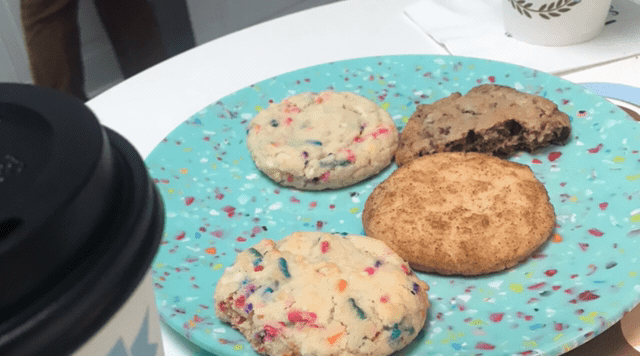 I don’t want to show too much, so this is the fake cookie shop counter! 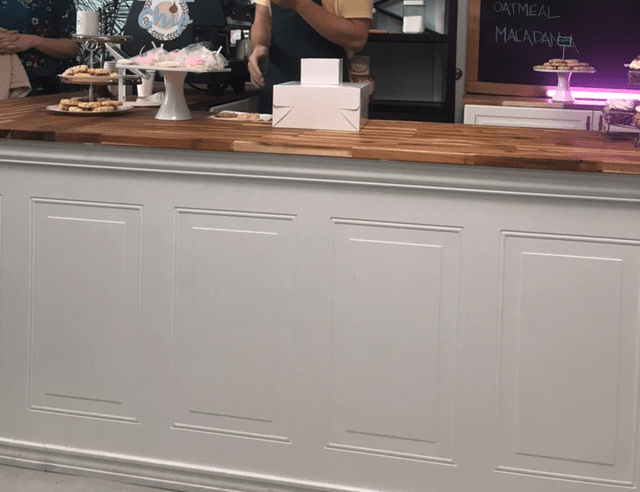 The scene I was in and the only one I got to see was of a finance executive and her friend coming in to the shop and needing cookies because of stress.  The exec never took vacations and was giving her all to her job.

Apparently she was going to inherit a cabin that was also left to the hunky handyman that cared for the cabin.  What does this sound like?  You guessed it!  Hallmark!  Or, it could be Lifetime!

So, I will let you know if I hear anything.  I probably won’t even make it in the actual movie because they didn’t really shoot in my direction.

But, it was a super fun experience and I’m glad I took the opportunity even after a long day at school!

11 thoughts on “A Crazy Thing”